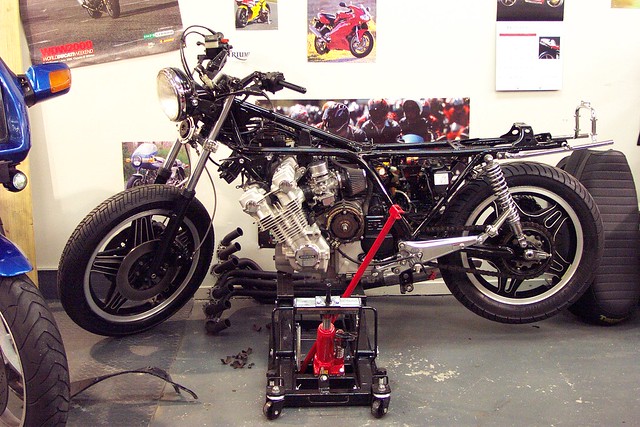 Images from 2003 and our hangout under a downtown Auckland Office block.

I christened it 'The Facility'.

The Thunderbird and the Trophy 1200 are mine.

The Ducks and the Japanese belong to Brian - the rest of the Triumphs belong to Chris.

I was in charge of the music and other sundry duties.

A lot of the time I spent there, it was just me and Brian talking bikes and bull. Other nights there would be a dozen bike types doing the same and working on their rides in the well equipped ramp end.

If it sounds idyllic - it was. Halcyon days.