Gunner and Flames - A tale of two Victorys.

One of the many things I’ve learned from Heavy Duty is that in some cases all it takes is a few minor modifications to change the way owners feel about their bikes and the way they ride them.

When two examples of new Victory Cruisers ended up in my garage for a few days I found first hand that the rule applies to stock bikes too.

That’s not to say I didn’t enjoy either one of the High-Ball ‘Flames’ or the new Gunner. I liked ‘em a lot. Both are enjoyable machines and both appear quite similar if you only ride the specification sheet. But it was a case of the where and when I rode them that turned out to be quite different.

Firstly, both bikes are good off-the-shelf solutions for ham-fisted mechanics like me.

You can use these bikes as a starting point for a wilder custom project or tart them up from the Victory parts and accessory catalogue and you’ve got a tasty bobber-style cruiser from the moment you ride it off the showroom floor. Good to go.

Yeah, yeah. I know; this is Heavy Duty – where is the customiser’s art in that?
But I’m the ‘Yin’ for Doc’s ‘Yang’ or vice-versa. ‘Good to go’ works just fine.

Both bikes have virtually the same frame, geometry and everything-else on the spec sheet. Both rock 16inch wheels front and rear, with 130 section front tyres. The High-Ball has a 150 rear section against the gunners 140, but the rake is identical at 32 degrees and so is the wheelbase at 1647mm.

Same with the 300mm single disc brakes front and back. No ABS, which some might see as an omission, but it’s really in keeping with the ‘just the basics’ attitude of both bikes. There is plenty of modern tech on-board; like the numerous functions of the trip computer and other data available on the LCD display housed in the speedo, but these are not your bikes if lots of buttons or big bodywork are your thing. The geeks call it WYSIWYG. What you see…

The suspension features 43mm telescopic forks with 130mm of travel and a pre-load adjustable mono-shock with rising rate linkage on the rear offering 75mm of travel on both.

Same bike for all intents?

Well maybe it was just the nut that connects the handlebars to the seat that made the difference, because I rode these two bikes quite differently.

The High-ball took me out cruising the city, mostly at night, while the Gunner wanted to head for the hills and go exploring.

Both bikes are dressed and presented quite differently, but it’s more a case of how the rider connects to the bikes that makes the biggest difference.

The High-Ball has some of the ‘ape-est’ style handlebars on a stock bike and has its foot controls set further forward than the Gunner’s mid position. The Gunner has the same handlebars as the Hammer model. Pulled back and set quite low.

The Highball has more ‘tude while the Gunner chucks around more efficiently.

The High-Ball test bike was kitted with the optional Flame paint, wire wheels (add $1000 to the ride-away price of $19,495) and had some very pleasant sounding aftermarket exhausts fitted (add another $1,500.)

The High-Ball felt like night. It said “paint the town suede black under a white and vivid red flame paint finish.”

I spent a lot of time just burning fuel till the wee-smalls. Cruising the riverfront, down town, back up town, up to the valley, out to the airport. Really enjoying quiet time in the city and looking for the pools of light that present a photo opportunity.

I found the riding position on both bikes comfortable but the High-ball fits a taller rider better while both share a short-leg-friendly 635mm saddle height.

The mid controls and lower bars on the Gunner tended to make me want to counter-steer it briskly along a twisty road. Maybe it is the slightly narrower rear tyre working in concert with the fat front end more efficiently, but the Gunner will use its entire allowance of cornering clearance well before it runs out of handling capability. It’s also 6kg lighter at 294kg dry.

Neither bike is over-endowed with lean angle, but on the High-Ball it didn’t seem to matter as much. Or I was just feeling way too pleased with myself while riding around to notice, lost in the very pleasant purr from the upgraded pipes.

Both bikes have surprisingly good range from the 17litre tank and the saddle is a lot more comfortable than it looks for a longer cruise. Around 300km between stops.

I ended up photographing the bikes in quite diverse locations too. The ‘dark side’ of the High-Ball took me in search of the inner city light and grunge and street art.

The Gunner encouraged me to go exploring. On one jaunt I ended up at Fort Lytton on the southern bank of the Brisbane River and an opportunity to get some shots with an aptly awesome collection of really big guns.

In all, these are two very capable cruiser motorcycles. Very similar, but with a few aesthetic changes and a jigger with the ergos, they offer machines of somewhat different character.

A test ride would be the way to see which one suits best.
Go and see a Victory dealer. They are keen to let qualified riders experience what they are on about.

------------
Fort Lytton is well worth a ride out east and look around if you are in Brisbane. It’s open on Sundays or by arrangement. There’s a Museum with military bikes, ruins of the original Fort and a collection of really, really big guns. Google a map and check it out.
------------- 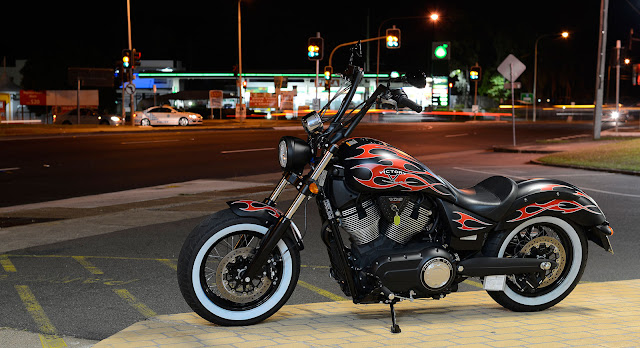 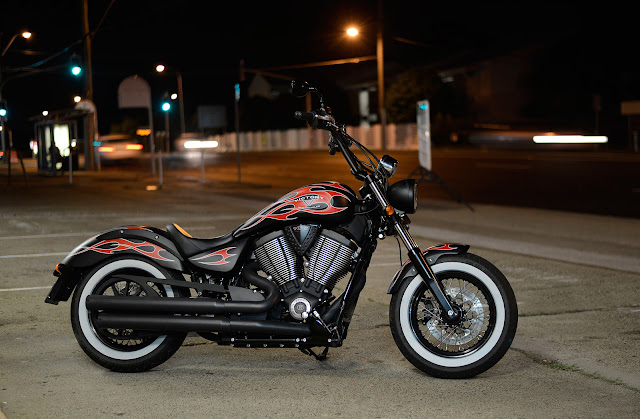 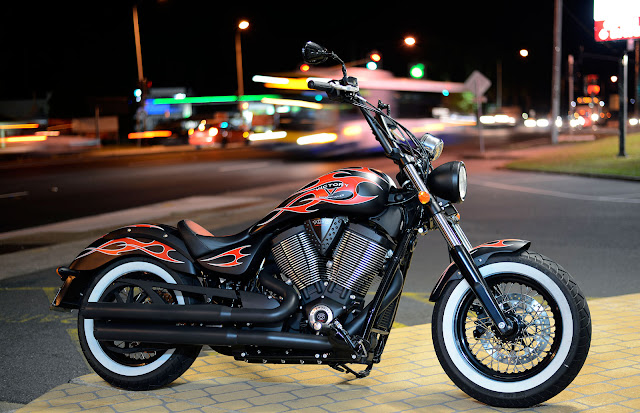 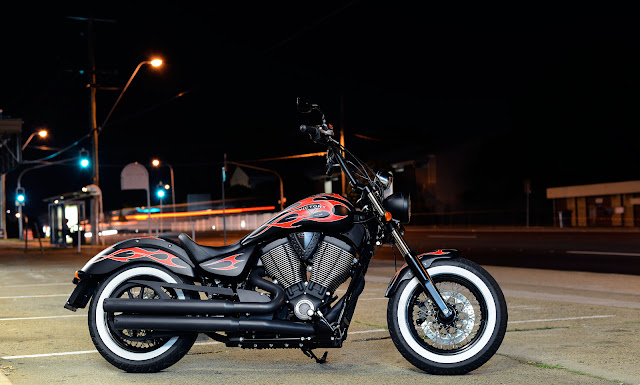 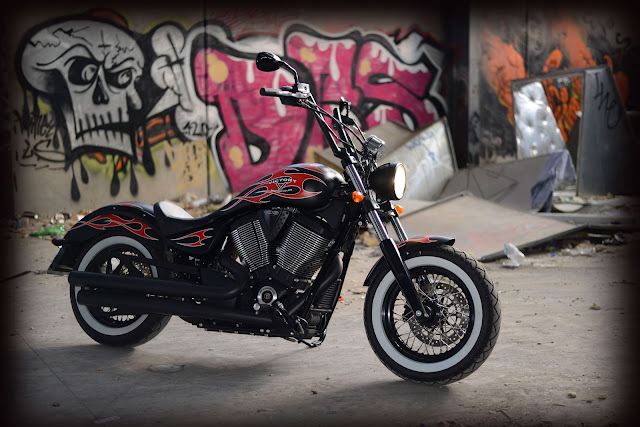 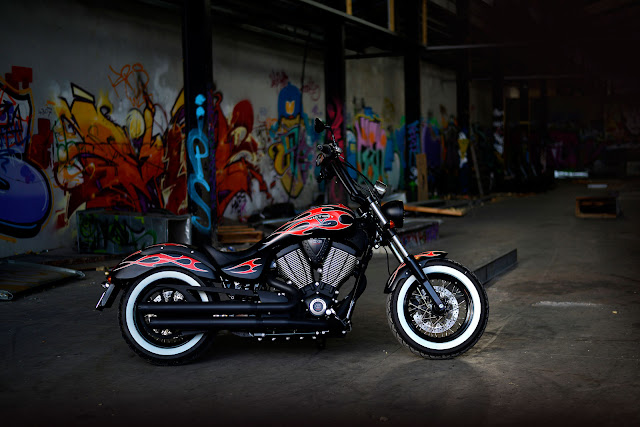 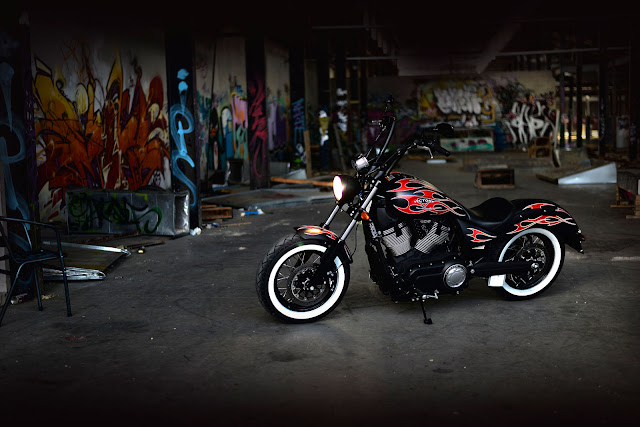 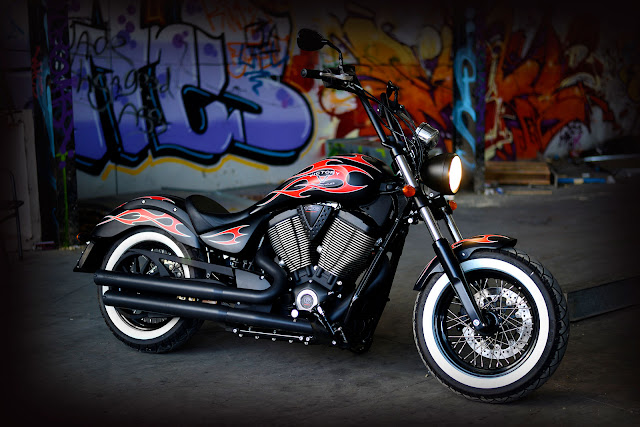 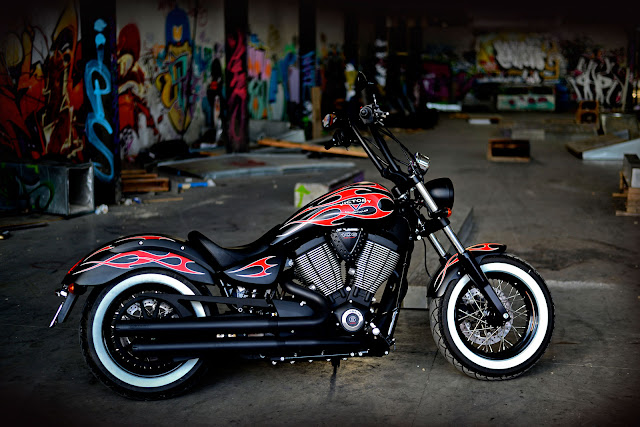 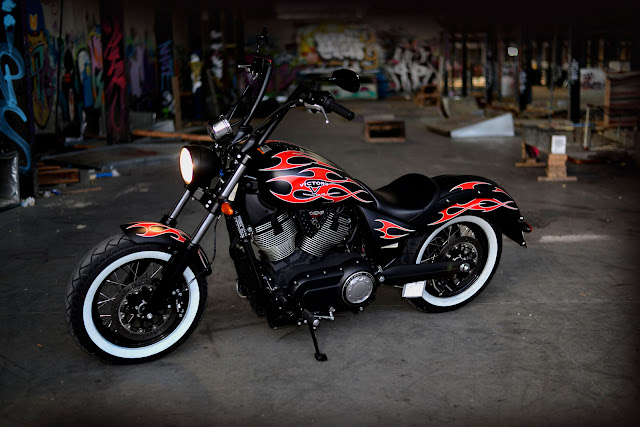 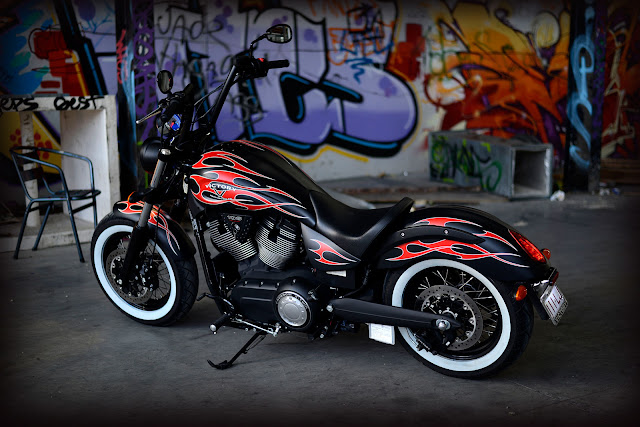 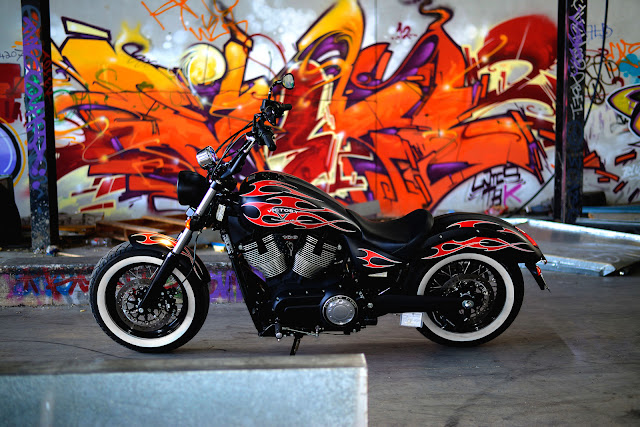 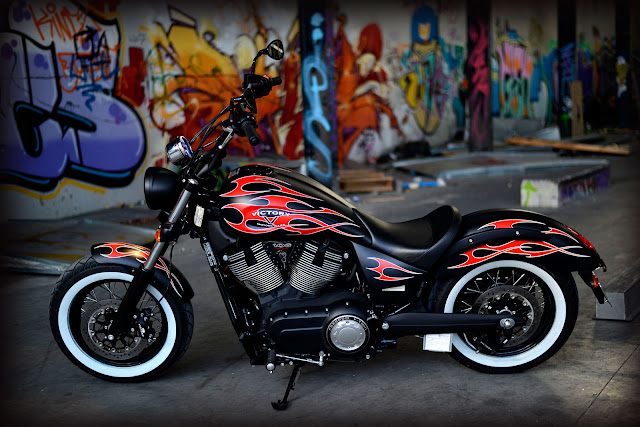 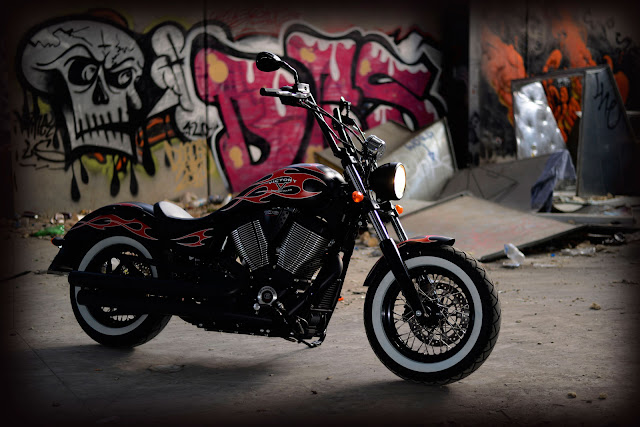 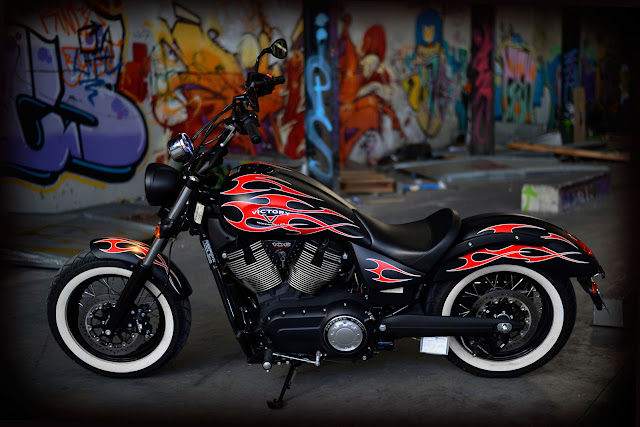 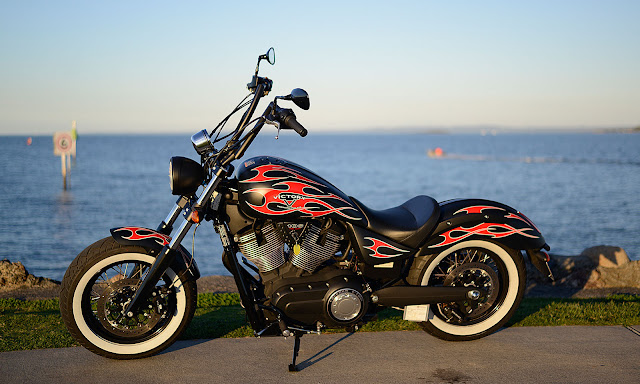 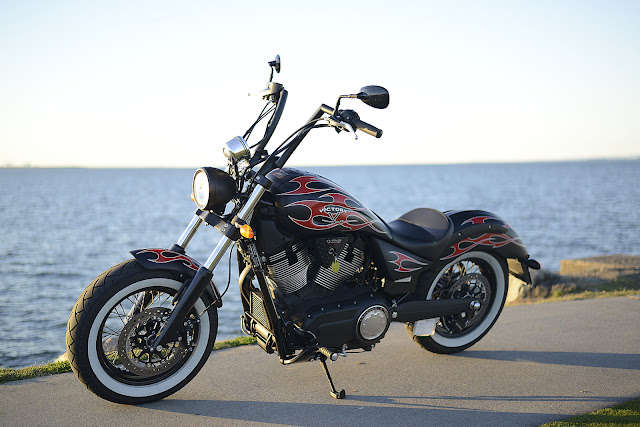