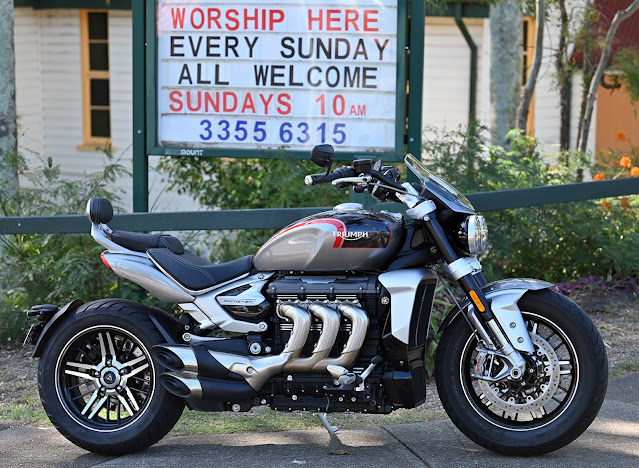 As Oscar Wilde said, “I can resist anything but temptation.”

so much for that plan.

Well … not so much a plan, but a flight of fancy … a daydream.

Since testing the Triumph Rocket 3 GT Press Bike last month, and producing a very positive review for HEAVY DUTY Magazine (On sale July 4th), I had been pondering which body parts (or current vehicles) I would need to sell in order to put one in my garage permanently. Yes, I rated it that highly.

That all changed today. For this afternoon I cast my gaze upon the Queensland Government’s newsletter, ‘StreetSmarts’.

The mighty 2.5 litre R 3 GT is unfortunately at odds with this ‘disturbing’ publication. Without delving into the morass of social responsibility and inherent dangers to the populace, suffice to say the problem is that it’s a very fast, very potent and uniquely exhilarating motorcycle.

One that requires not much more than breathing on the throttle to attain the posted speed limit.

In the test piece I do point out that I spent a lot of time riding with the cruise control engaged, simply to avoid the speed creep and the ease of which said posted limits can be exceeded.

StreetSmarts now tells me that from July 1st there are to be ‘Penalty increases for high-risk driving offences.’

The real kicker is the double demerit point system. In some states this applies on long weekends and holiday periods – here it is now a permanent fixture.

“Double demerit points apply for a second or subsequent offence committed within 1 year of the previous offence (for speeding offences 21km/hr and above).”

So, I’m now back on a previous plan that my next bike will be a full-on Adventure Bike.

Riding on dirt on a big ADV bike offers just as much exhilaration as going fast on the tarmac, possibly more, but it’s different. It’s not uncommon to find myself thinking “I’m into this pebble-strewn corner waaay too hot!” and I’m doing 55kph.

The dual purpose machines also give an opportunity to get away from it all, right into the backblocks, if you do feel the need to risk tapping it out.

A Triumph Scrambler is ticking a lot of boxes … again.

The other alternative I’d seriously consider is a big American tourer. Late model Harleys and Indians are in their happy spot between 80 and 120ish kph. Sure, the current crop do go a lot faster than that, and it’s easy to see a metric buck-sixty on the dial – and plenty more.

But they are still rewarding to ride at a speed closer to the limits than the hyperbikes ever are.

It all comes back to what I used to say about my trusty old KLR 650: It’s much more fun to ride a slow bike fast than a fast bike slow. I flogged that thing everywhere.

Colour me envy green. Did I mention exhilaration? 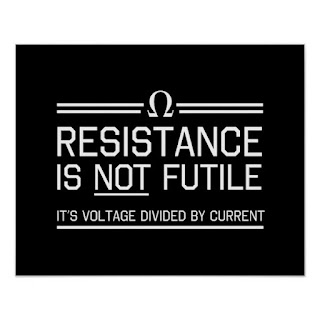