2015 Bike of the Year
As I have done every year (that I've tested enough bikes to make it worthwhile) I pick my Bike/s of the Year.
The simple criteria for this unlikely gong is that I line up all the bikes I've ridden and imagine I can keep one.
Price, and several other bits of key data in the real world, aren't part of this deliberation. It a more of a general desirability index from the range that passes my way.
The bulk of my work during the last set of 12 has been for Heavy Duty Magazine and for Heavy Duty Motorcycles (two different businesses that happily share a similar name) and as such the choices are only from the American Cruiser style bike class. (My KLR doesn't qualify!)
This year's crop was had to pick. I only tested two new Harleys - a Softail Deluxe and a 2016 Street Bob. I like both bikes - a lot, and I rode quite a few custom built and modified older Harleys. The real stand-out Harley was the custom 2014 Fat Boy with 110 cube build and CNC heads by Heavy Duty MCs. A 106 cube Fat Bob also rocked my socks.
I had great access to the range of Victory and Indian bikes over the course of the year and have now spent quite a lot of time on pretty much their entire range. It's from that stable that my BOTY comes.
The new Indian Scout impressed me greatly on the short fang I had on it. Performance, Brakes and Handling all seemed top notch. The couple of Victory Magnums that I rode the wheels off were very easy machines to live with, but for me, the Bike of the Year is the Indian Roadmaster. A heritage styled, luxury tourer that pushed my buttons in all the right places.

Photo of the Year.
As part of my reporting and testing process I spend quite a lot of time carrying a swag of camera equipment with me. Part of me is always looking/scanning for a location as I'm riding around and I've snapped thousands of pics over the year. A pleasing amount have been published and several have featured as posters in Heavy Duty.

This is my favourite however. Colours, composition, subject: 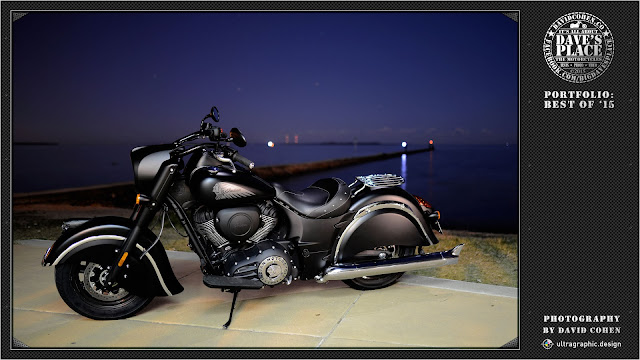 Here's a Hi-Def slideshow of a heap more of my favourite images from 2015: