Again, with huge thanks to the team at Morgan & Wacker Brisbane I had a good run on a 2018 Softail today.
The monsoon finally broke (it’s been hosing down up here), so I picked up the ‘Silver Fortune’ beauty mid-morning and headed west through the city and up to Mt Coot-tha, on to Mt Nebo, back through the West End and finished with a blat down the freeway.
It gave a mix of inner city, urban cruising, sports riding and Freeway conditions. First impression was that the bike was outstanding through all of it.
“Dave, you’ll love it”, was Brum’s prediction when I rang to tell him what was afoot – and he was 100.
At a touch over $30k the Breakout was already Australia’s top selling motorcycle. The 2018 upgrade should see it retain that position. It’s a big upgrade.
Every previous Breakout I’d ridden was typical of a motorcycle with a 240 section rear. I just called its manners an ‘idiosyncrasy’ of that type of machine and rode around the effort needed to pull it through a corner. You could fix ‘em so they tell me and I know that later model V-Rods had it well sorted.
So too now does the Breakout. Gone is the low speed wrestle and the way the rear wanted to follow the contours in the tarmac. (well, mostly.)
It still has a fat arse and generally needs more body English than a 160 rear on a Softail Slim for example, and it’s too long ago since I tested the V-rod to hang my hat on a direct comparison, but I think handling-wise it’s now within that same ball park.
As John Newstead from M&W pointed to the tyres and astutely said, “You don’t see chicken strips like that on a Breakout normally.” True that.
The 114cube motor is stronger, torque-ier, and pulls harder than the 107 (like duh! Dave). It also gives off slightly more vibration, but only slightly, it’s still minor.
The brakes are excellent, the suspension is more supple, the saddle is very comfy, the gearbox and clutch I couldn’t fault, the new instruments are small, understated and efficient.
The whole package just … worked. I found it a very, very pleasant machine. 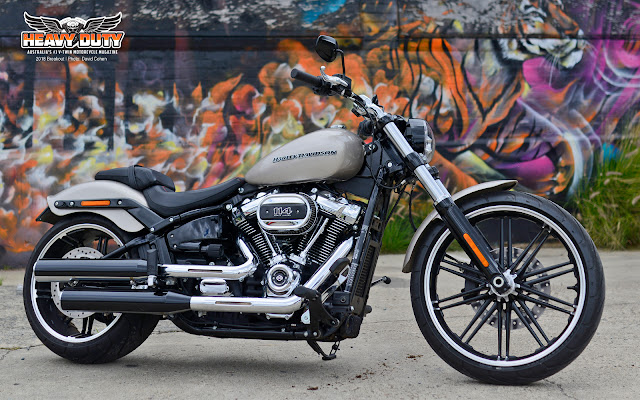 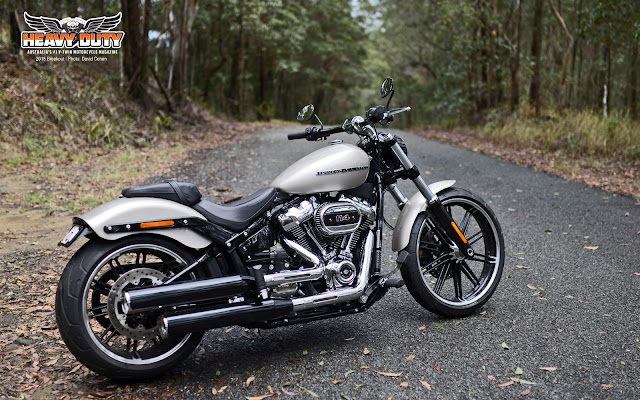 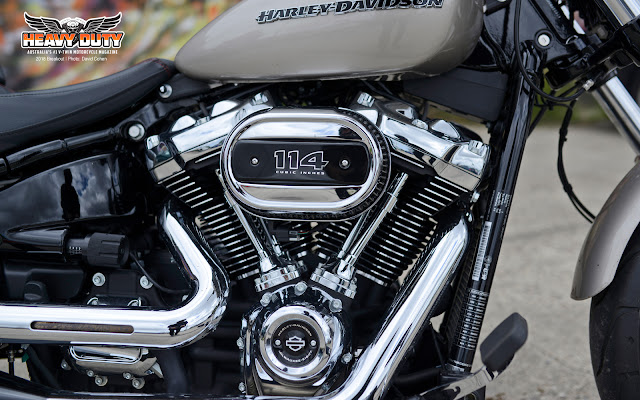 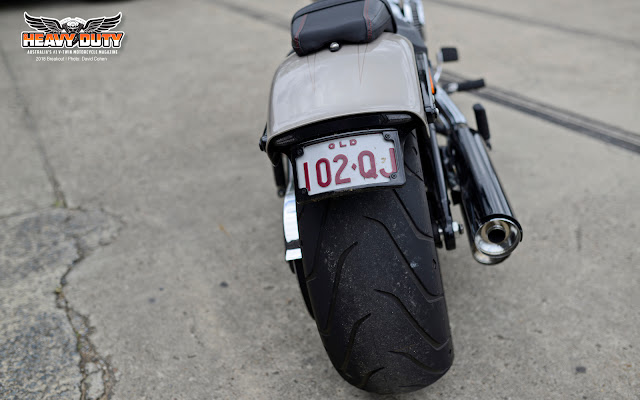 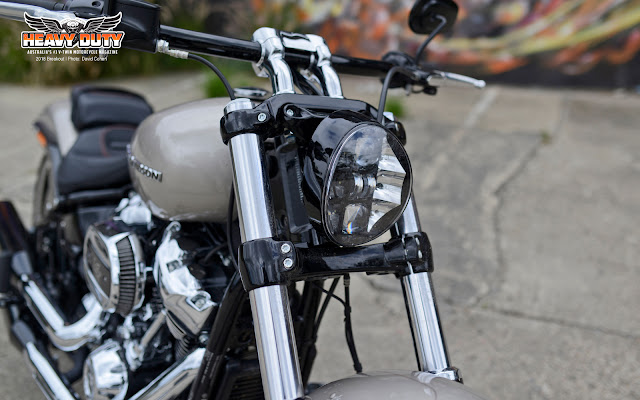