Kings of the Road

Man of Means by no-means, King of the Road – Miller, R.

15 years Ago.
As far as I can tell my first ride on a Road King was around the middle of 2001. It was one of Auckland Motorsports’ rental fleet and I produced a Kiwi Rider Magazine quick spin article on it.
I’m not exactly sure of the date because it was back when I was still shooting on film, so there is no ‘file created’ date stamp on the pics, but I figure it was ’01 because I had another go on a Blue and Silver Classic not long after, shot on a very early Kodak digital and those files are dated 2002. It too was a quick spin/KR article. 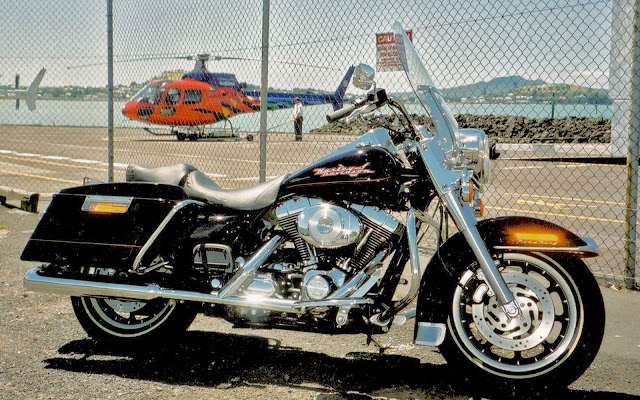 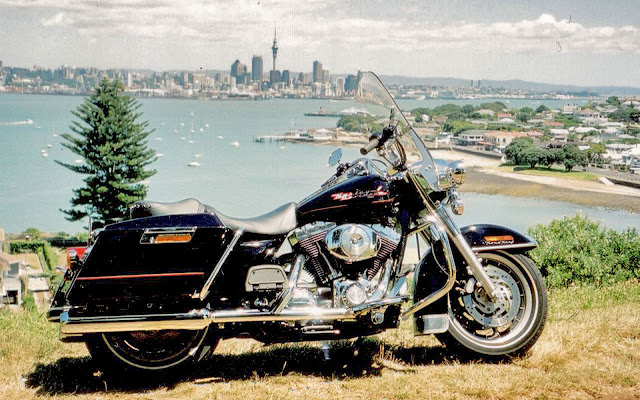 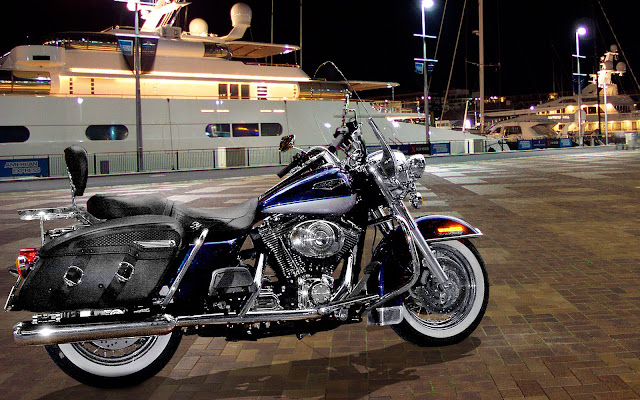 In 2005 I produced another short piece for Kiwi Rider on a Yellow Classic. Even then, if the Road King wasn’t already my favourite Harley-Davidson, it was certainly the model I would buy.  Gorgeous Cruiser, capable tourer and ideal for 2-up riding - which is an important consideration in this household. It had all the benefits of the roomy, big-man friendly Touring chassis and was a joy just to look at. 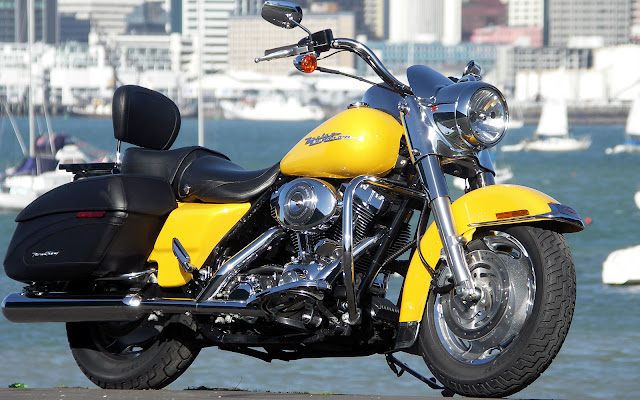 10 Years Ago
In October 2006 I had my first long term loan on one of Harley’s Press Bikes. It was for a full test feature in Kiwi Rider and involved several weeks of riding the wheels off a stunning White Classic around Auckland and environs. I had one of the most memorable days ever, off on my own, exploring the wonderful roads of the Western Waikato and simply enjoying the beautiful machine. Now thoroughly hooked on Road Kings. By then I was also hooked on night time photography and bike portraiture and the RK has always been one of the most photogenic bikes ever. 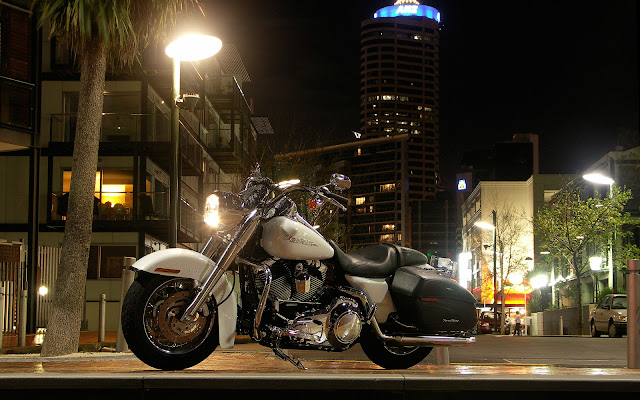 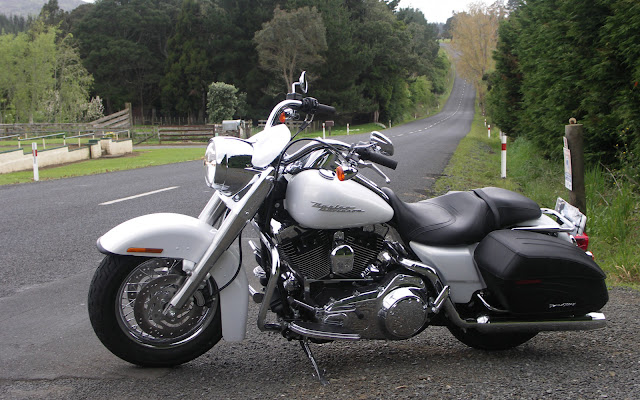 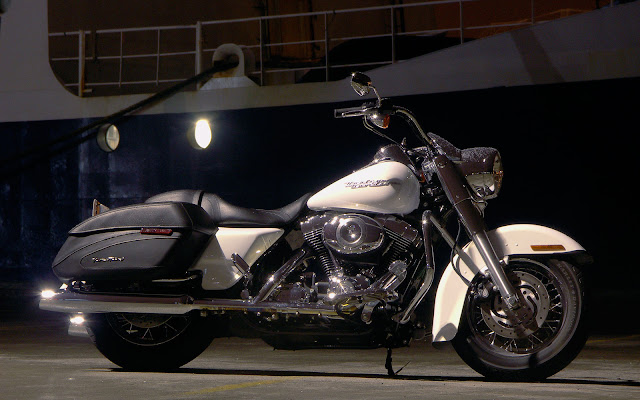 October 2010 and another long term test on a blue beauty. Four years since the previous piece meant it was time to re-evaluate the bike with the 2008 upgraded chassis for the NZ mag and also to produce a touring article for the HOG magazine. We rode to Raglan on the West Coast of the North Island in one of those long weekends that will live in my memory forever. 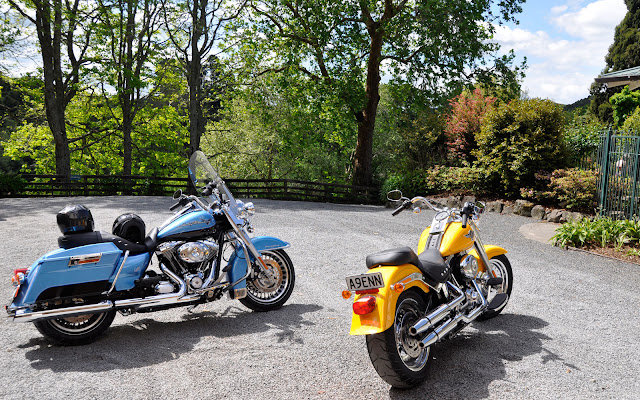 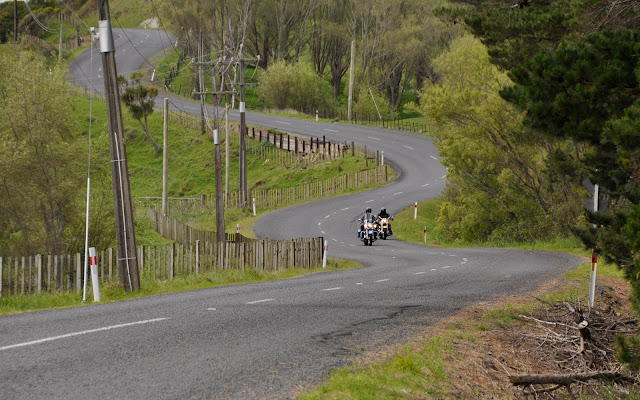 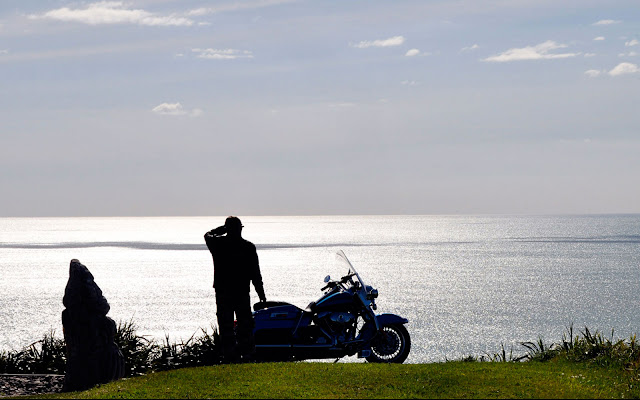 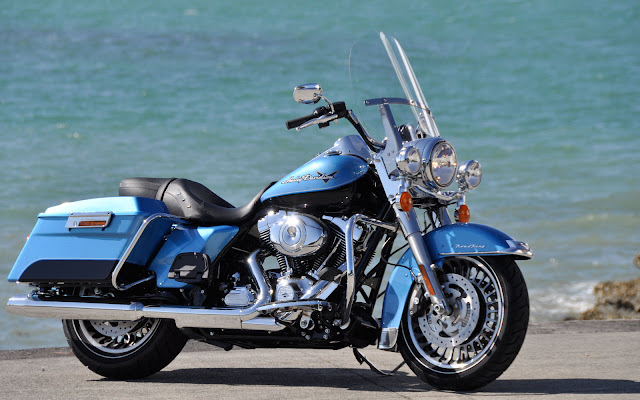 October 2011 (what is it with me and Road Kings in October!) and we had not long returned home to Aus and it was off on another feature ride for the HOG Magazine. This time it was on a Red and Orange Std up to Hervey Bay in Qld. And the bike was ‘only perfect’ for the task. 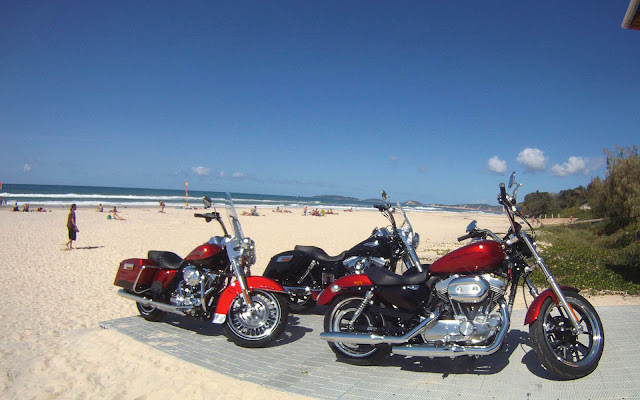 November 2011 saw production of a feature for Heavy Duty magazine on a wild Turbocharged and chopped RK. It was a rather amazing machine. The cover story - no less. 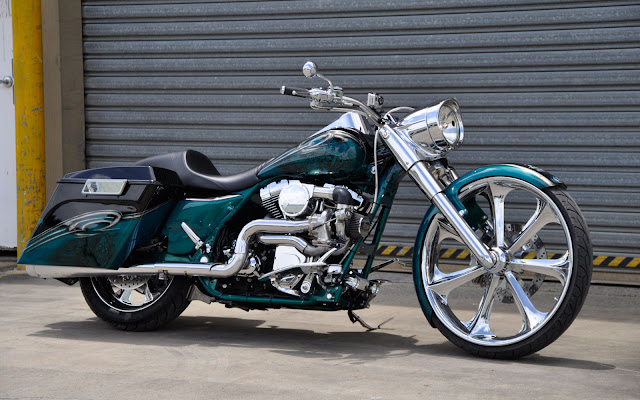 May 2013 and I had another longer-term loan of an orange-red standard and spent 6 weeks touring around SEQ, covered charity rides, HOG events and some of the best local cruising going. 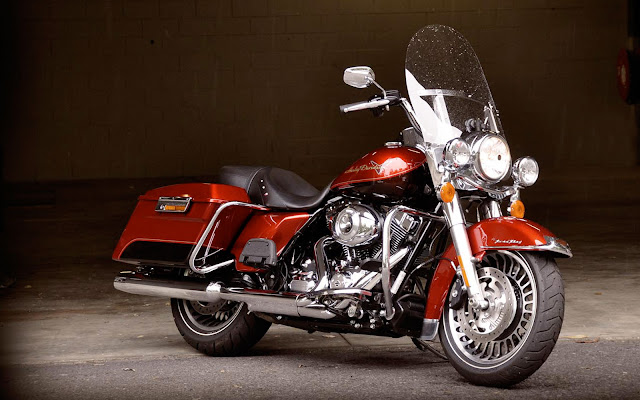 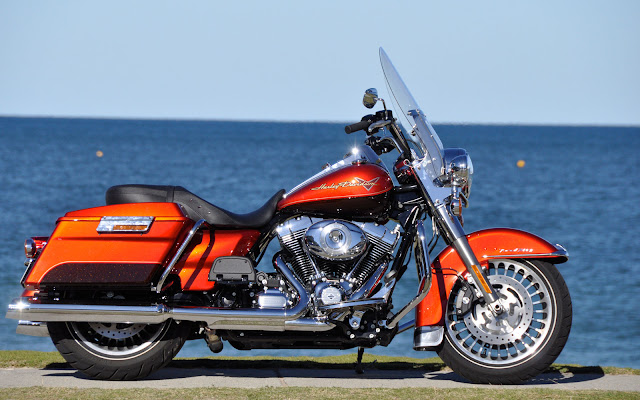 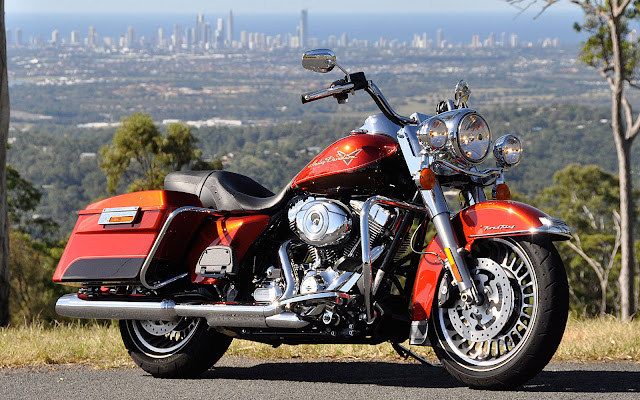 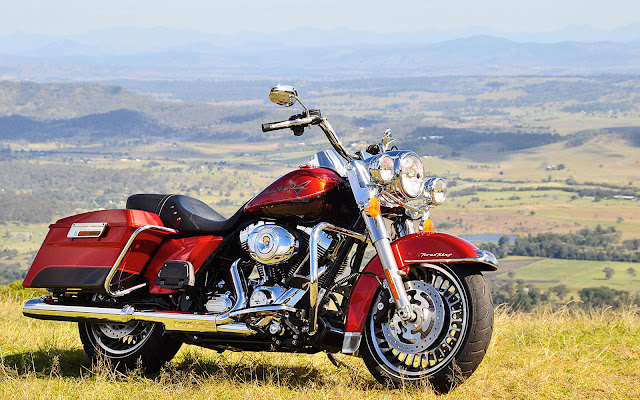 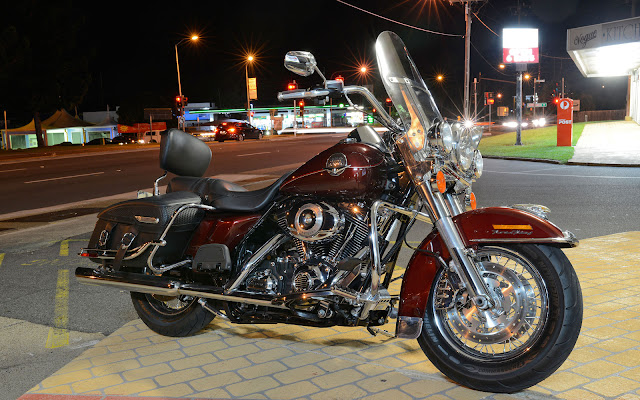 And Now...
September/October 2016. I received an email from Harley’s PR agency notifying that the Milwaukee 8 press fleet was available – and which model would I like to test for Heavy Duty Magazine. Naturally, I didn’t hesitate to nominate the Road King. It's my go-to Harley and I can't wait to ride a Milwaukee 8.